Boy With Autism Gets Unusual Surprise From Unlikely Hero!

Check Out This Birthday Surprise!

Dylan was born a little different, but his mom loved him fiercely and wanted him to be happy. And what made Dylan happy may seem a little unusual to you and I.

You see, Dylan Johnson has autism. And he has been fascinated with vacuums for years - specifically Kirby vacuums.

Dylan had a birthday coming up and he was very excited about turning 14.

In an attempt to make this party extra special, his mother wrote to the Kirby vacuum company and asked for an unusual gift for her son. Read on and be inspired as this ordinary SALESMAN goes the extra mile to make this young boy's day! Tears!

"Enter his gates with thanksgiving and his courts with praise; give thanks to him and praise his name."
Psalm 100:4

CHESTERFIELD COUNTY, Va. — Ever since he was a two-year-old boy, Dylan Johnson has had a passion for vacuum cleaners. Dylan, who has autism, was never into “normal” toys, his mother Jodie said. The Swift Creek Middle School student turned 14 years old over the weekend and celebrated his birthday with a party that included close friends, family and a vacuum salesman.

You see, in an effort to help make her son’s birthday even more special, Jodie Greene sent the following email to the Kirby Company, the Cleveland-based makers of the Kirby vacuum. 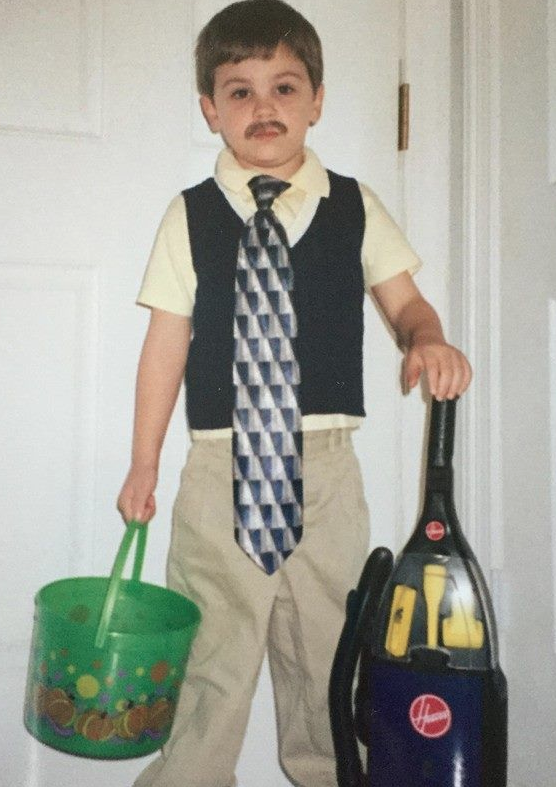 I am reaching out to you in hopes for an answer to an unusual request for my son who is autistic. He has always been obsessed with vacuum cleaners. His favorite is the Kirby.

I really would LOVE to get a demo done for him for his birthday. In fact, I am even getting him a cake made that looks like a Kirby vacuum.

I am writing to you in hopes that you can get me in touch with a way to get him this demo. I want to be clear that I do not intend on purchasing a Kirby. I was hoping that I could pay a flat fee or thought that maybe if you have salesmen in training that needs to get in practice demos for training purposes.

I do not want anything free, but as the mother of a special needs child, it is so hard to find things to make my son happy. I know that having this demo done would just be so awesome, and it would warm my heart to see him so excited to experience that.

The company received Jodie’s email and made her son’s birthday dream come true. In addition to sending Dylan a soccer ball, hat and t-shirt with the Kirby logo, Kirby salesman Al Archie traveled more than 70 miles to perform a vacuum demonstration at Dylan’s party! 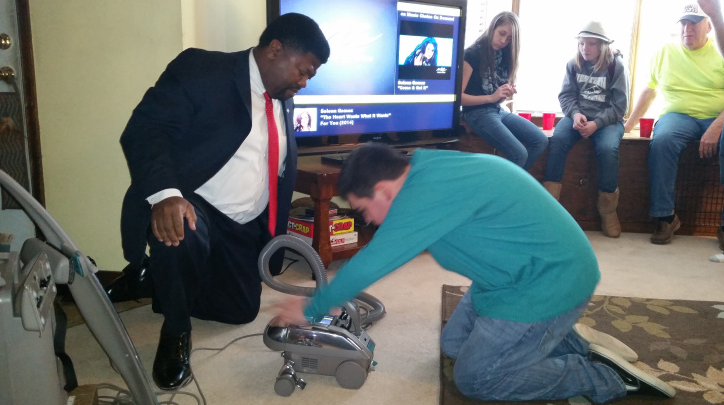 “He knew more about the Kirby than I did,” an obviously impressed Archie said. “I have never experienced anything like that.”

Archie has been selling vacuums for Kirby for 25 years.

He said he was moved by Dylan’s knowledge and enthusiasm. He was taken aback by photos of a much younger Dylan dressed up as a vacuum salesman.

“I imagine it was like a sports fan meeting one of his idols, like Michael Jordan,” Archie said.

While Archie said he was surprised by what he encountered at the party, no one at the party was prepared for the surprise Archie had in store for Dylan.

“At the end of the demonstration [he] gave my son a brand new Kirby vacuum,” Jodie Greene said. “There was not a dry eye in the house.” 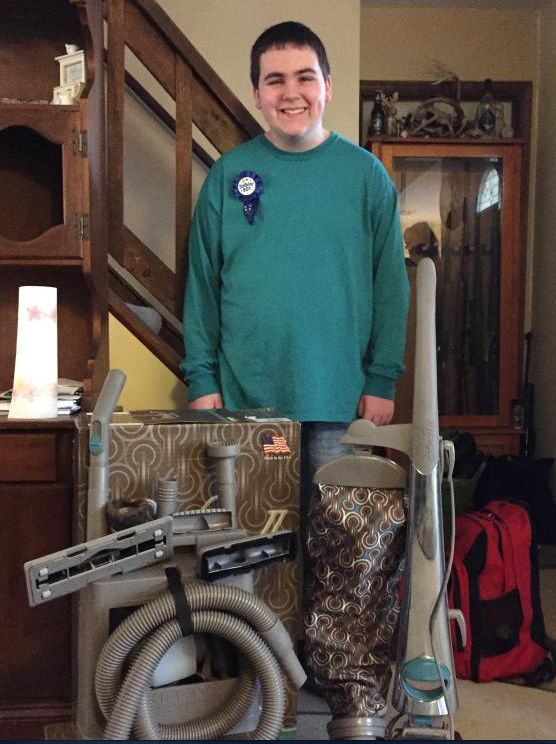 Kirby vacuums, Archie said, are not a cheap, but he decided to get one for Dylan as a way to celebrate the child’s passion.

“I wanted to do something for him,” Archie said. “[It was] an opportunity to give something back.”

Jodie Greene said her son has been over the moon ever since his birthday surprise.

“I’m going to have the cleanest carpets in Chesterfield County,” she joked. 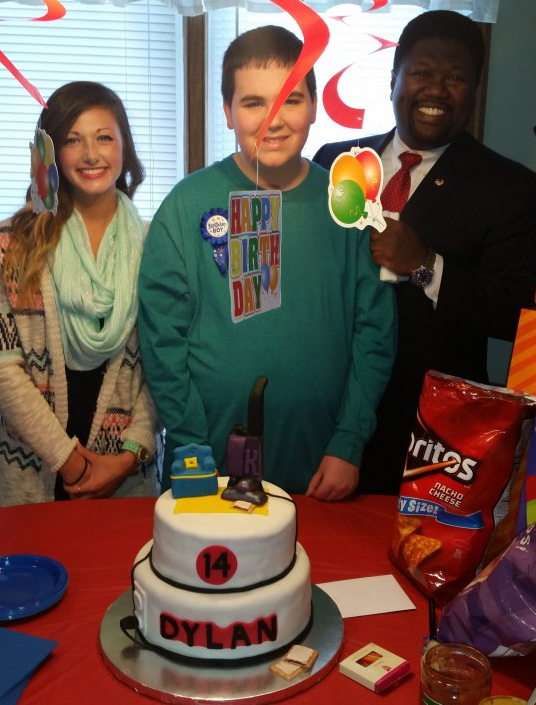 Man With Autism Turns His Home Into Something Amazing For His Pets:

This boy may be blind and autistic, but God blessed him with a talent to worship!