Why This TV Star Just Bought A Farm Had Me Cheering!

Guess who's trading in his tie for bib overalls?

Jon Stewart, the TV host of the Daily Show, is trading in his suit and tie for a pair of bib overalls and a plaid shirt. He left his desk on TV’s Comedy Central and handed over some of his big bucks for an animal farm. We aren’t not pulling your leg with this one either! Jon Stewart and his wife, Tracey McShane, recently purchased a farm in New Jersey. 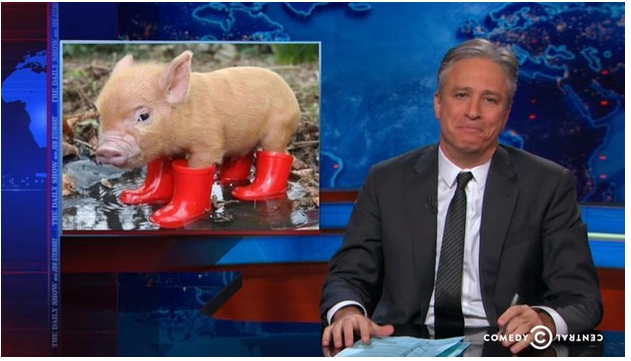 And this isn’t any ol’ farm, this is a Farm Sanctuary for rescued animals. Farm Sanctuary is an organization that rescues and protects not so fuzzy, abused, and sick farm animals and sends them to a new farm home for a second lease on life. 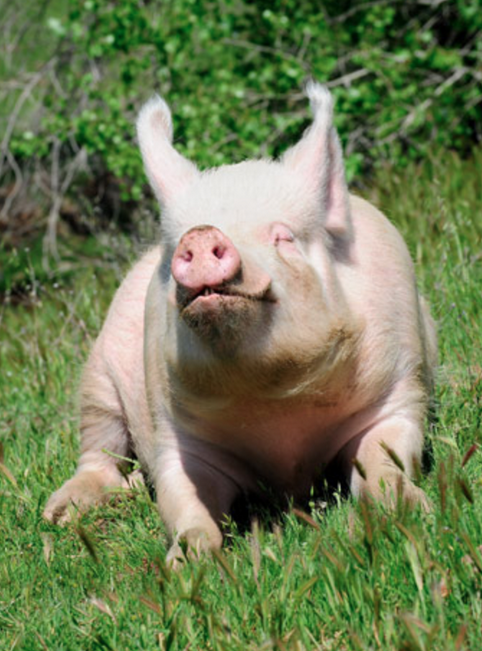 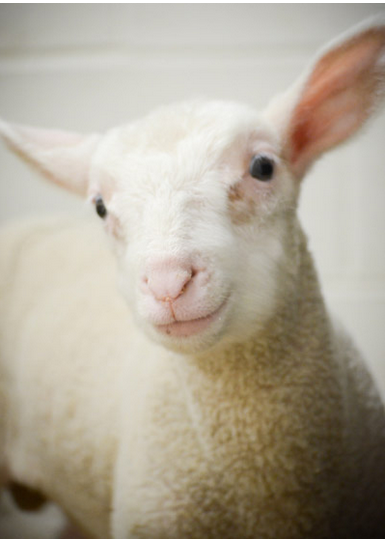 Jon and Tracey’s love for animals is made very evident by the residents of their own home. The family has four dogs, two pigs, two hamsters, three rabbits, two guinea pigs, one parrot, two horses and two fish. This almost sounds like a Noah’s Ark starter’s kit! 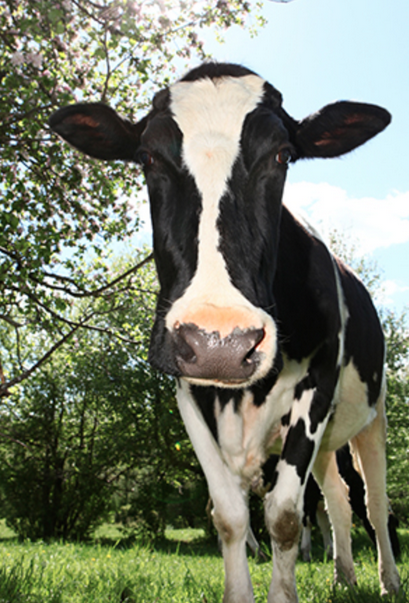 Even their children love to care for the farm’s rescued animals. Tracey says, “Promises of animal shelter visits in exchange for completed homework are the norm in the Stewart household.”

Jon and Tracey have been given an honor that would make any animal lover bubble over with excitement. The Farm Sanctuary named two rescued sheep after the couple… Meet Jon and Tracey. 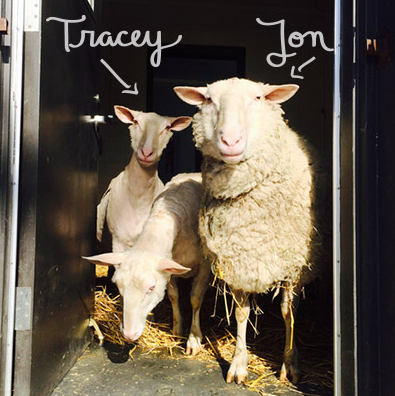 And it gets even better! The two sheep had a little lamb named Hazelton! 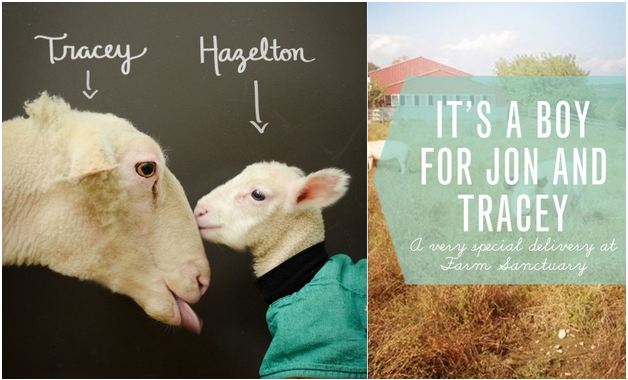 All of this cuteness and compassion is making us flutter. 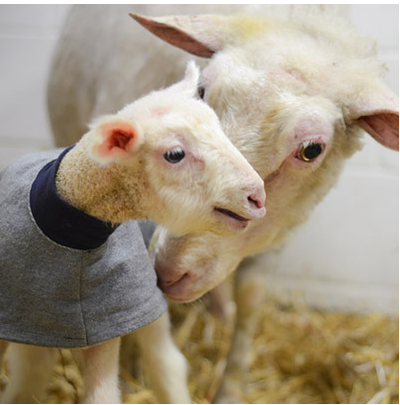 Tracey wrote a book called Do Unto Animals and it in she says, “A trip to Farm Sanctuary should be on everyone’s to-do list, but you can also bring a little bit of sanctuary home when you sponsor an animal through the Adopt a Farm Animal Program.”

We love God’s creatures and we’d love to put in our order of two rescues piggies wrapped in blankets and a warm wooly lamb to go with it.

Good job Jon and Tracey, our animals need more people like you to shower them with lots of love!

Check out this moving story of a pig's miracle recovery! 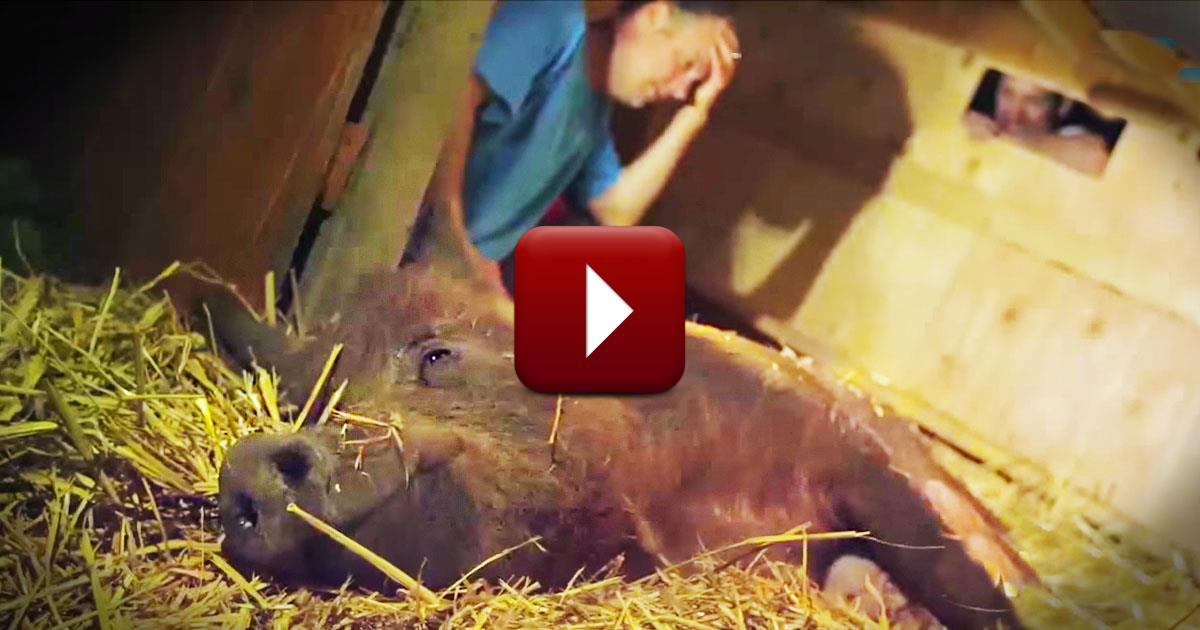 Check out these adorable pups getting rescued from a horrible situation.