Woman Meets The Rescuers Who Brought Her A MIRACLE!

We live in a world where the decisions we make can easily impact complete strangers. Sometimes we make the right decision and good comes from it. However, sometimes we can make poor decisions with a reach far beyond what we’d expect.

On May 3, 2013, one such poor decision was made by a man who got behind the wheel early one morning while drunk, ultimately resulting in a dreadful crash that nearly robbed Tina Mora of her life.

Tina, a pre-school teacher, was headed to work that morning as usual. However, when her husband, Mark, discovered that she never arrived, he was afraid something was terribly wrong.

As he set out to look for her, he heard the radio announcer say that there was a horrendous crash nearby. He immediately headed that way, only to have his worst fears confirmed--Tina was involved in the accident!

The accident was so bad that one officer on the scene gave Mark his condolences, assuming that Tina was already dead. Her injuries were numerous and horrific: a broken pelvis, 3 broken ribs, a ruptured spleen, fractured vertebrae and a concussion. The most shocking injury was an internal decapitation - a situation where the neck actually separates from the spinal column. Dedicated first responders worked feverishly to save Tina and get her to the hospital for more than 7 hours of surgery. She was pronounced dead twice.

Mark and family were praying that Tina would survive. Doctors were doubtful that there would be a good outcome. They warned that, if she survived, Tina could be paralyzed or could take years to walk again. But we all know that God can do great things, and Tina defied the expectations! Roughly a month after her surgery, Tina was walking on her own, with assistance.

“God’s laid His hand and done His miracles,” exclaimed Mark. 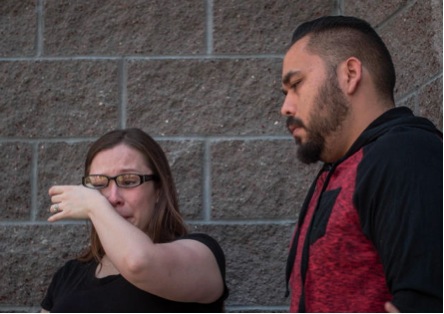 Two years later, Tina is still doing well and is four months pregnant. In fact, she and her family just reunited with the angels God sent that fateful day to thank them for saving her life.

“God does miracles. He did a miracle here.” said Mark. 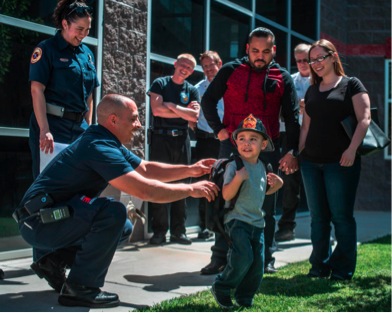 God sent a mysterious angel to pray with the victim of a terriable car crash. 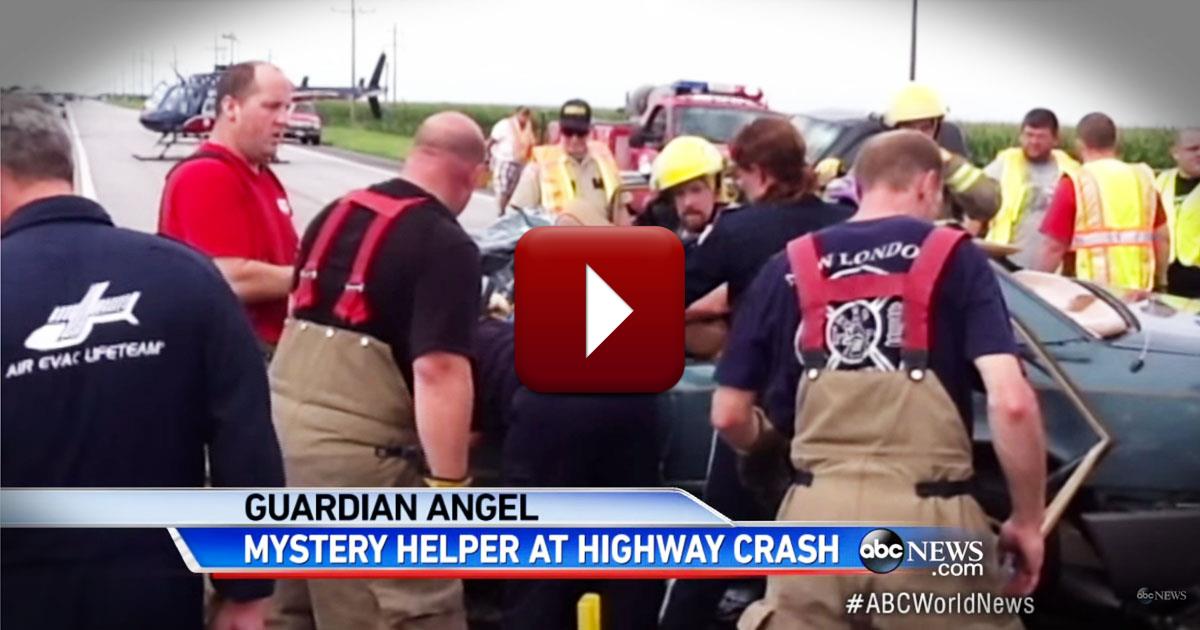 After the "Monster" nearly killer her, she opened a box and got a sign for a miracle!