She Was Born From Rape And Was Asked To Defend The Value Of Her Life!

So many folks are passionately pro-life. . .until the topic of rape comes up. That’s where, even as Christians, many start to waver. When a woman becomes pregnant after rape, the devil uses this atrocious act to defile one of God’s most beautiful gifts - the miracle of life. But Rebecca Kiessling has dedicated her life to changing people’s minds.

Rebecca’s story is incredible. She lived the first part of her life oblivious to the terrible way in which she was conceived. But what she learned when she was 18 shook her to her very core. She found out that she had been conceived during the brutal rape of her biological mother. If it were not for the poor conditions of the back alley abortion clinics available at that time, Rebecca would surely have been aborted. But thankfully, she was not!

She was instead adopted as a baby, although sadly to a family with some major abuse and abandonment issues. But this was not to be the end of Rebecca’s story. She received her “fairytale ending,” as she called it, when much later in life she was reunited with her birth mother. . .who then adopted her! 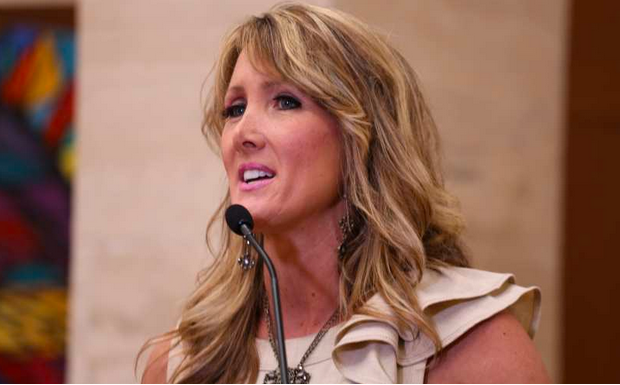 Despite this ‘happy ending’, the discovery that her very existence was a product of rape and very nearly terminated forever changed how Rebecca saw herself. . .and how society saw her.

She is constantly in a position where she has to defend the value of her own life. She says that even well-meaning Christians often say things like, “Well you see, God really meant for you to be here!” As if she is the exception, and all other babies conceived in rape do not deserve the right to live. But it’s important to remember that, with abortion, WE are making the call, not God.

Rebecca was nearly aborted. But to look at her life now, it’s clear to see that her life had a purpose. She and her birth mom have a loving relationship. Rebecca has been married for 17 years and has 2 adopted sons and 3 biological daughters. She is president and founder of Save The 1, an organization that seeks protect all unborn children. She’s also co-founded Hope After Rape Conception, formed to assist rape survivor mothers and their children. She was a family law attorney until closing her practice to care for and homeschool her 5 children. She regularly volunteers and is an active pro-life speaker and author. 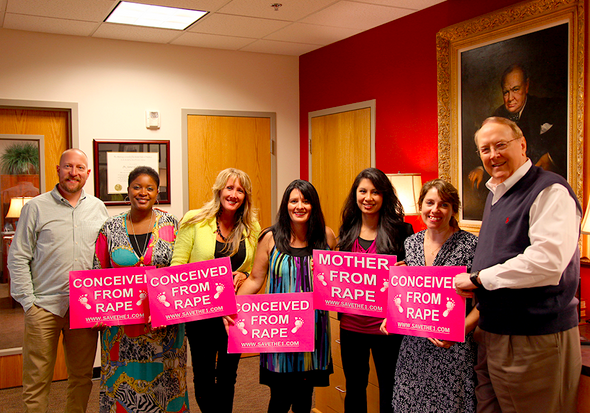 God is definitely working through Rebecca, who is using her testimony to try to change the hearts of others:

“I share my worth out of gratitude for my own life being spared and in order that others may see the value of those who are still at risk – those who are in harm’s way as yet unborn and being targeted for abortion in the clinics, in legislation, and in people’s hearts and minds.”

And Rebecca is definitely having an impact. In one of her articles, she recently shared an email exchange between herself and someone who, despite being Christian and well-versed in the Bible, was having a very difficult time overcoming the prejudice she felt towards “rape babies.” The author of the email felt every one of these babies should be naturally miscarried by God, and even went so far as to say “there is no story in the world that can fully change my mind.”

Rebecca sought God in prayer, and then proceeded to witness to this person. Over the course of several emails, her story changed the heart and mind of this conflicted individual. Without ever meeting, Rebecca had convinced this stranger to become pro-life. 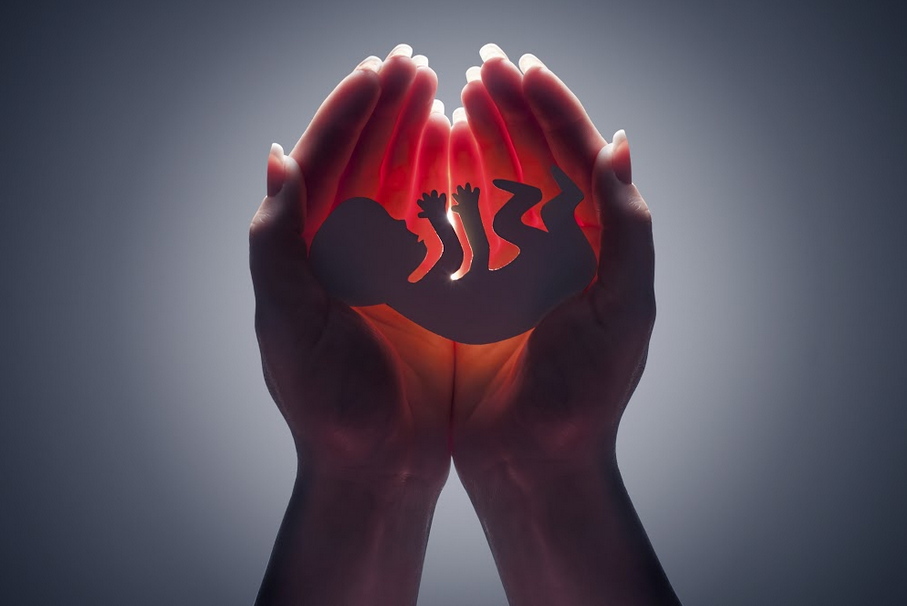 What an inspiration! And a great reminder that God is the light in any and all darkness. He shines into the darkest, deepest depths and can create beauty from anything. Do not allow the horror of rape to overshadow the miracle and amazing gift that is life. Instead, reflect on Ephesians 5:8

“For ye were once darkness, but are now light in the Lord: walk as children of light”

This 13-year-old rape victim shocks those who said to abort her baby!

What this 12-year-old rape victim did when they told her to abort will WOW you!