Dad's Awesome Response After Son Says To 'Shut That Thing Up'

Kids may grow up and eventually move out. But the job of a parent is never done. And no matter how old they get, sometimes our kids need a reality check from mom or dad. And that was certainly the case when a 20-year-old diner remarked that he wished a new mom would "shut that thing up" after her baby started crying. But thankfully, he got a reality check from dear old dad!

A Breakfast Out For Mom

British mom, Lucy Hatami, had gone out to a breakfast buffet with her 8-month old baby boy in tow.

All was going well until the tiny babe grew fussy. Lucy was in the middle of trying to calm her son down when she overheard a 20-something guy at a nearby table say,

"I wish she'd shut that thing up!"

Before the stunned mom had a chance to react, the 20-year-old's dad came up behind him and "clipped him around the ears." And dad didn't hesitate to set the record straight, saying,

"What and you think you were perfect? You were a right little sod. Now stop being a brat, go up there and apologise to her and offer to get her breakfast as she clearly has her hands full!”

And that's just what his son did! The young man spent the rest of his visit acting as Lucy's personal waiter. She shared the experience on Facebook, saying "Thank you to that dad who even after 20 odd years still remembers the difficulty of being parents to babies!"

What a great reminder that no matter how old you get, you're never too old to have mom or dad knock you back into line!

"Folly is bound up in the heart of a child, but the rod of discipline drives it far from him." Proverbs 22:15

This single mom’s tearful post has the whole Internet talking! 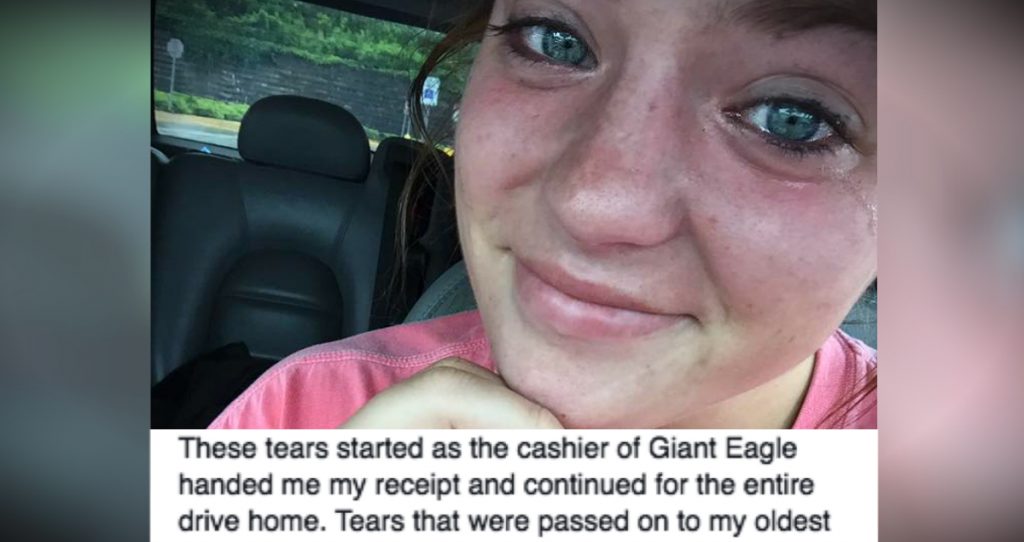