She Laughs At Her Motherâ€™s Funeral. What Happens Next Is Unbelievable!

We learn in the book of Ecclesiastes that everything has a time and a season. This world, and all things in it, are temporary. And that includes life itself. God promises us great things once we leave this world. Heaven awaits, and in it, all suffering and pain will be gone forever.

But we’re human. While still here on Earth, there’s going to be hard times, and there is none quite like losing someone you love. There is comfort in knowing we will see them again in Heaven, but a piece of our hearts will be missing up until that day.

But Ecclesiastes also teaches us that God has His hand in everything. He finds ways to use the pain and suffering that we experience to better us. . .to strengthen us. He is with us through it all. And when you see Him at work, such as in the following story found on Little Things, it is truly amazing!

“Consumed by my loss, I didn’t notice the hardness of the pew where I sat. I was at the funeral of my dearest friend, my mother. She finally had lost her long battle with cancer. The hurt was so intense; I found it hard to breathe at times.

Always supportive, mother clapped loudest at my school plays, held a box of tissue while listening to my first heartbreak, comforted me at my father’s death, encouraged me in college, and prayed for me my entire life. 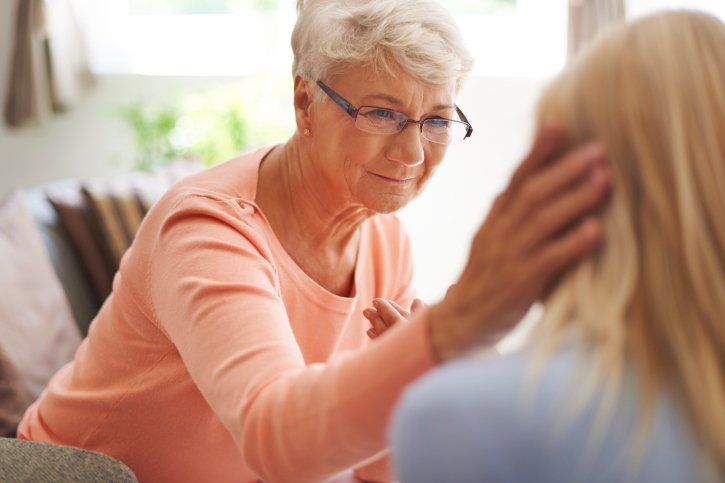 When mother’s illness was diagnosed, my sister had a new baby and my brother had recently married his childhood sweetheart, so it fell on me, the 27 year old middle child with no entanglements to take care of her. I felt it an honor.

‘What now?’ I asked sitting in church. My life stretched out before me as an empty abyss. My brother sat stoically with his face toward the cross while clutching his wife’s hand. My sister sat slumped against her husband’s shoulder, his arms around her as she cradled their child.

All so deeply grieving, no one noticed I sat alone. My place had been with our mother, preparing her meals, helping her walk, taking her to the doctor, seeing to her medication. Now she was gone. My work was finished, and I was alone.

I heard a door open and slam shut at the back of the church. Quick steps hurried along the carpeted floor. An exasperated young man looked around briefly and then sat next to me. He folded his hands and placed them on his lap. His eyes were brimming with tears. He began to sniffle, ‘I’m late,’ he explained, though no explanation was necessary. 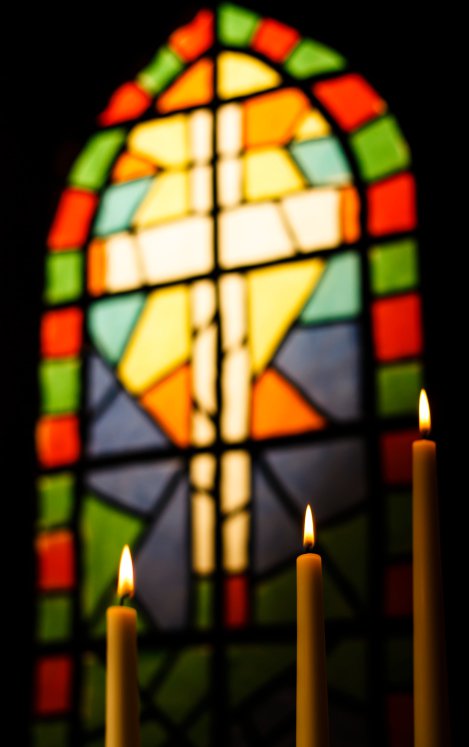 After several eulogies, he leaned over and commented, ‘Why do they keep calling Mary by the name of Margaret?’

‘Because that was her name, Margaret. Never Mary. No one called her Mary,’ I whispered.

I wondered why this person couldn’t have sat on the other side of the church. He interrupted my grieving with his tears and fidgeting. Who was this stranger anyway?

No, that isn’t correct,’ he insisted, as several people glanced over at us whispering. ‘Her name is Mary, Mary Peters. That isn’t who this is? Isn’t this the Lutheran church?’

‘No, the Lutheran church is across the street, I believe you’re at the wrong funeral, sir.’

The solemnness of the occasion mixed with realization of the man’s mistake bubbled up inside me and came out as laughter. I cupped my hands over my face hoping it would be interpreted as sobs. The creaking pew gave me away. Sharp looks from other mourners only made the situation seem more hilarious.

I peeked at the bewildered, misguided man seated beside me. He was laughing too, as he glanced around deciding it was too late for an uneventful exit. I imagined my mother laughing. At the final Amen, we darted out a door and into the parking lot. ‘I do believe we’ll be the talk of the town,’ he smiled.

He said his name was Rick and since he had missed his aunt’s funeral, he asked me out for a cup of coffee. That afternoon began a lifelong journey for me with this man who attended the wrong funeral, but was in the right place. 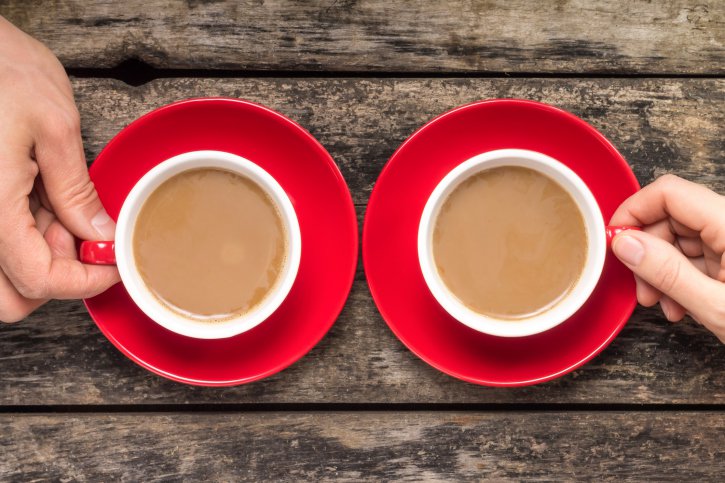 A year after our meeting, we were married at a country church where he was the assistant pastor. This time we both arrived at the same church, right on time.

In my time of sorrow, he gave me laughter. In place of loneliness, I now had love. This past June we celebrated our twenty-second anniversary.

Whenever anyone asks us how we met, Rick tells them, ‘Her mother and my Aunt Mary introduced us, and it’s truly a match made in Heaven.’”

Talk about a divine appointment! It really is amazing to see God at work. Sometimes when things get hard, we forgot that He is always there, always at work. So, the next time you find yourself struggling, know that He is with you. Hang in there, because He will use your struggles for His glory!!

“He has made every thing beautiful in his time: also he has set the world in their heart, so that no man can find out the work that God makes from the beginning to the end. I know that there is no good in them, but for a man to rejoice, and to do good in his life. And also that every man should eat and drink, and enjoy the good of all his labor, it is the gift of God. I know that, whatever God does, it shall be for ever: nothing can be put to it, nor any thing taken from it: and God does it, that men should fear before him.” Ecclesiastes 3: 11-14

This woman makes an unusual request from her pastor before she dies! 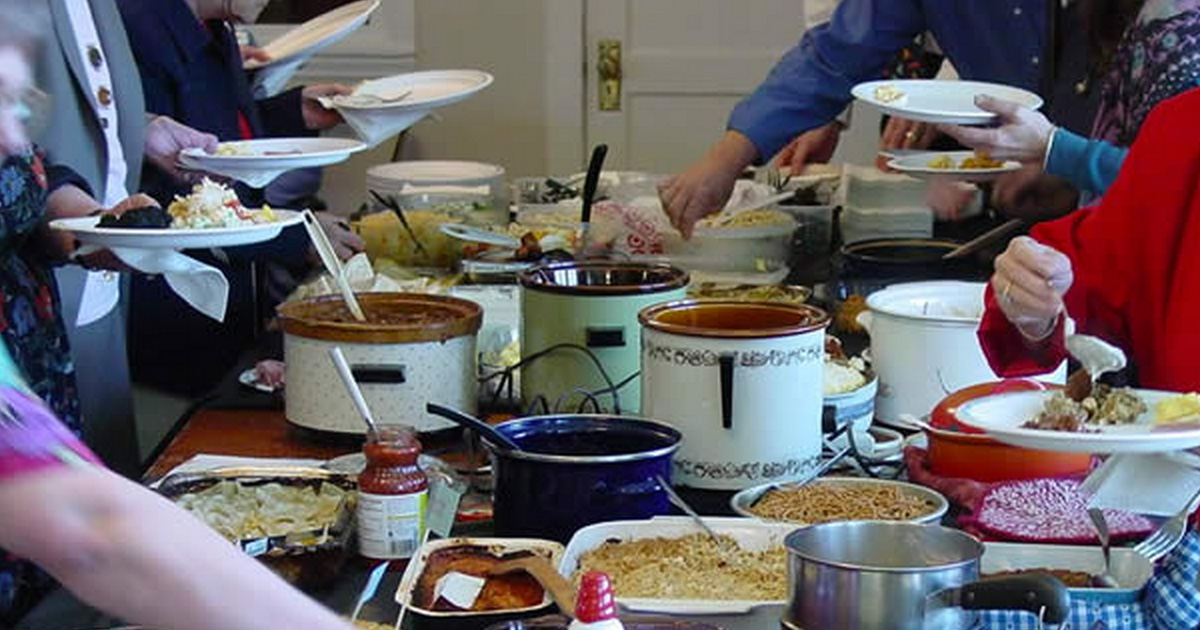 A woman with no family died, but when one church learned her secret...CHILLS!