This Elephant Was in Shackles for 50 Years But When He was Freed He Cried SO MANY Tears of Joy! 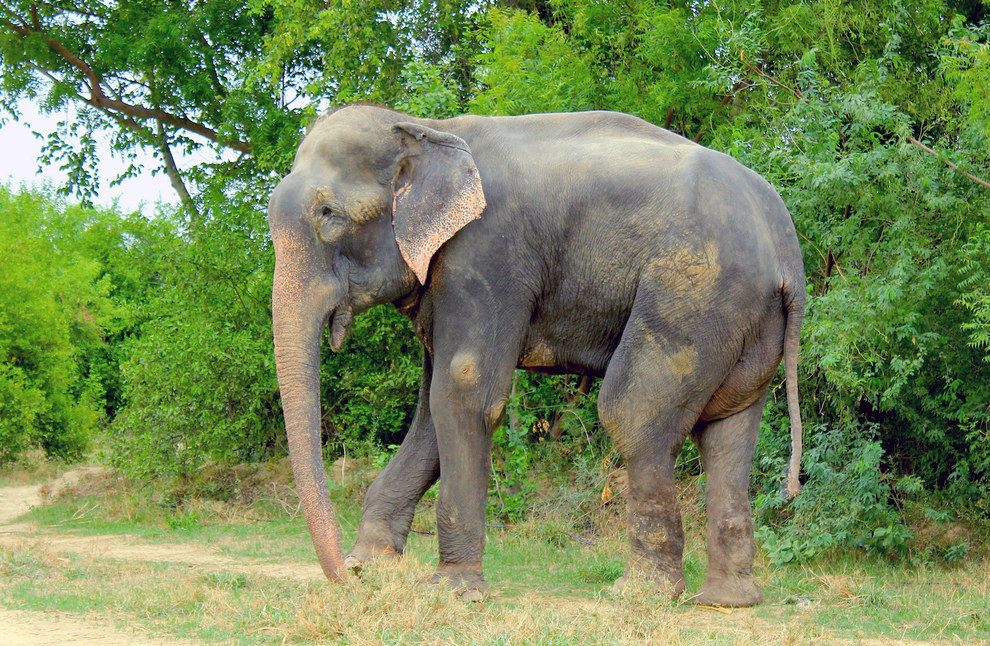 This is Raju. Raju is an elephant who lived in chains in India for 50 years. Raju was neglected, beaten and abused. He managed to stay alive from the generosity of people passing by who saw his condition and gave him something to eat. But when people were scarce Raju sometimes ate plastic and paper to satisfy his hunger and to fill his large tummy.

The spokeswoman for the Wildlife SOS charity, Pooja Binepal, believes that Raju was a victim of poaching, “The poachers either slaughter the mother, or they drive the herd into traps that are small enough only for the babies to fall into. The mother cries for her baby for days after he’s been stolen — it is a sickening trade.” 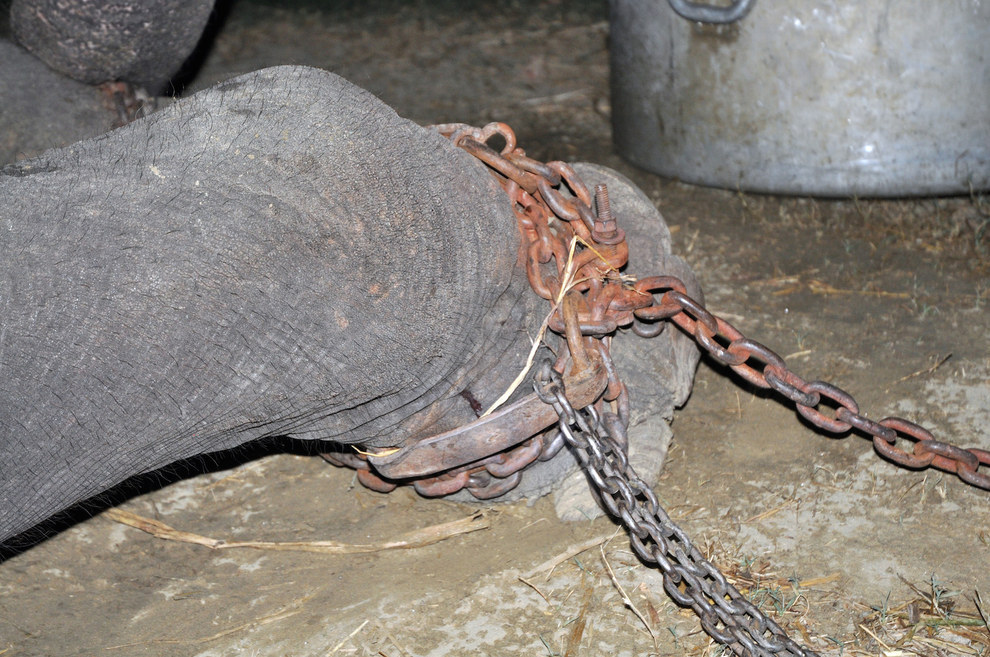 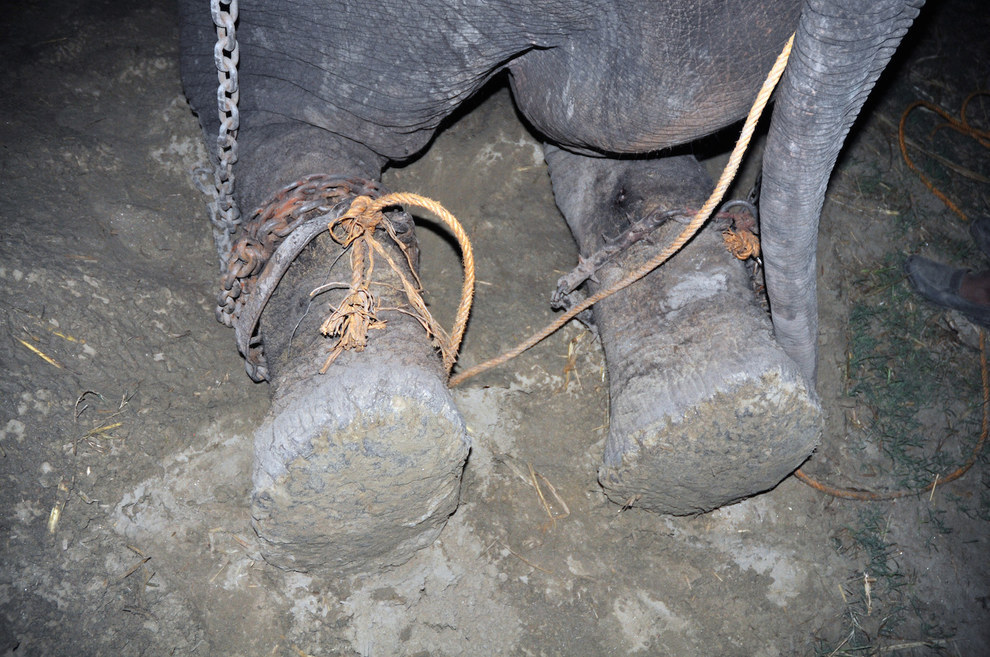 After so many years in shackles, help was finally on its way for Raju. A risky midnight rescue mission was planned and performed by the Wildlife SOS charity to free the desperate and precious elephant. But God was with them. 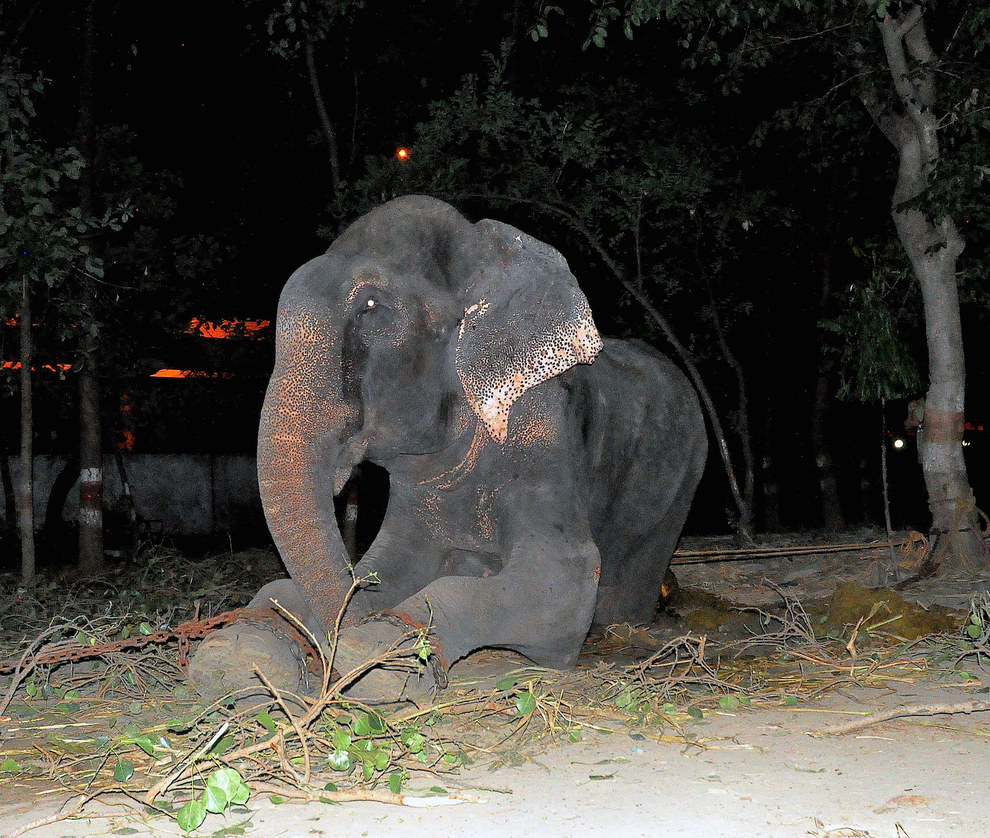 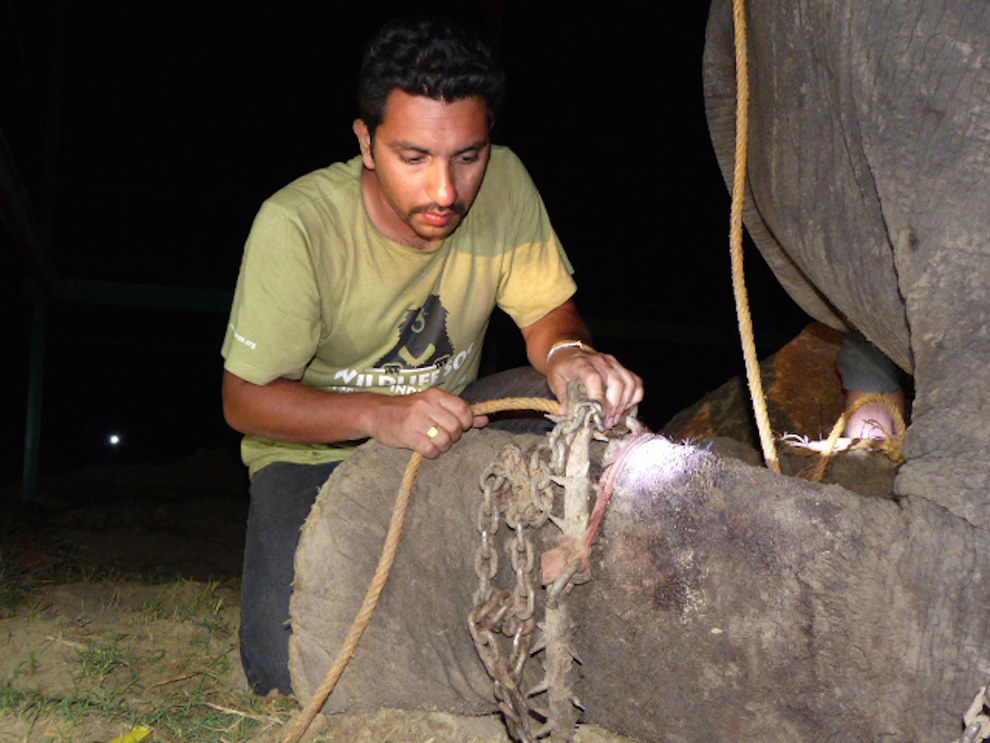 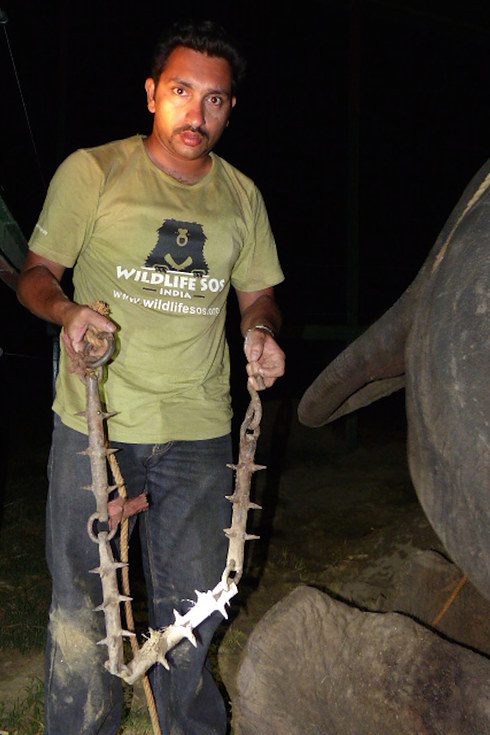 During the mission Raju’s owner became enraged and tried to shout commands to scare the elephant, but the brave rescuers pressed on anyway. The mission was successful and Raju’s freedom was won. 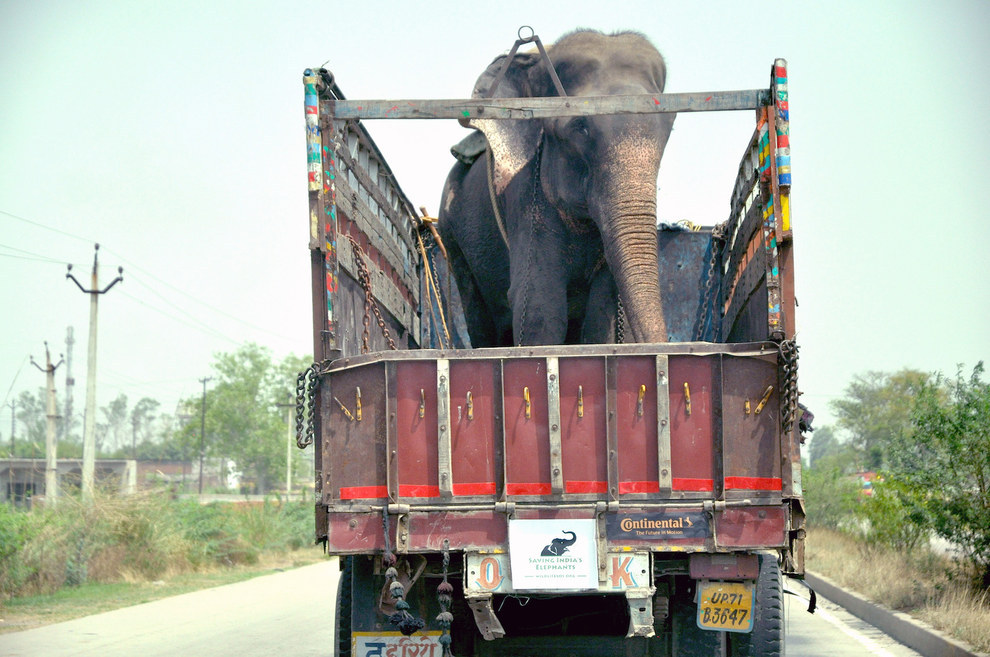 Raju took his first steps of freedom off of the truck on Independence Day; his rescuers said that it “felt so extraordinarily fitting.”

When Raju realized that he was free, he started crying. You can see the stream of tears flowing down his skin. 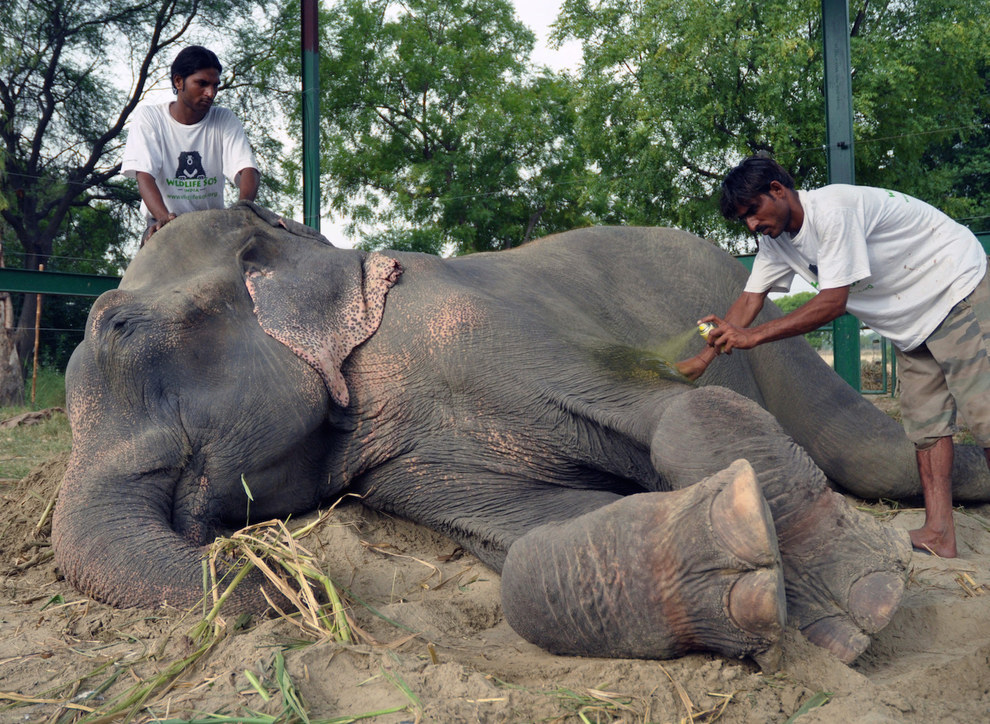 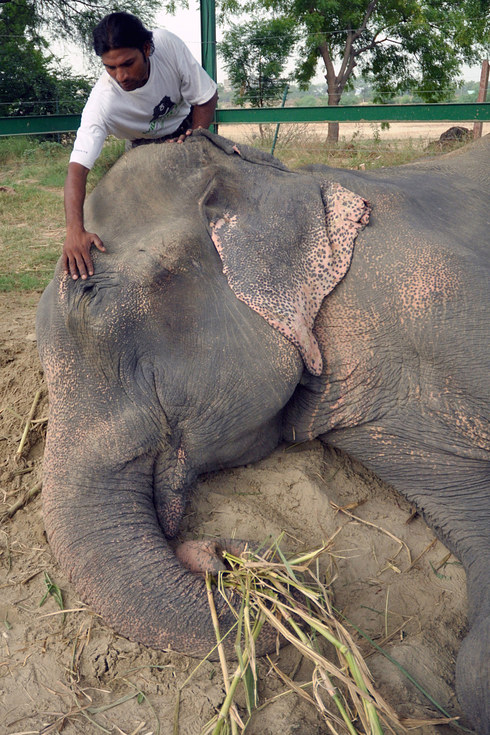 “We stood our ground and refused to back down — and as we did so, tears began to roll down Raju’s face.” Said.

Pooja couldn’t get over Raju’s heartfelt reaction, “It was so incredibly emotional for all of us. We knew in our hearts he realized he was being freed.”

Katrick said that “Some tears no doubt were due to the pain being inflicted by the chains, but he also seemed to sense that change was coming. It was as if he felt hope for the first time in a very long time.”

The wonderful charity that rescued Raju is planning to raise money to find him a home where he can safely and freely roam with a new elephant family. 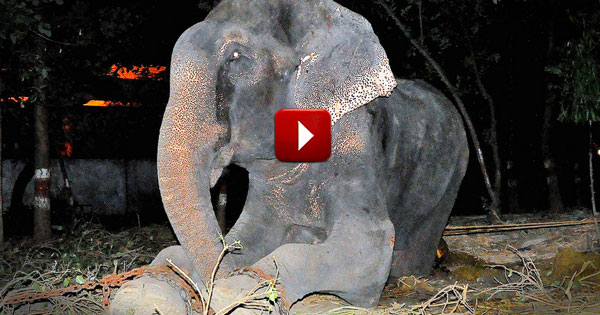