The Truth About These Poor Dogs Broke My Heart!!

These hairless dogs are not warm or fuzzy but super cute!

These sweet fur-babies are missing their fur! And while some breeds of hairless pups have naturally happened over time, some dogs are being born without hair as a result of humans manipulating the breeding of dogs to serve human purposes.

In fact, some of these poor pups are sadly inheriting certain physical traits or genetic diseases that are actually dangerous to their health!

Sophie Gamand, a photographer who was born in France but resides in NYC, has always been fascinated by hairless dog breeds. And she hopes that her photos will open people's eyes to the serious consequences of irresponsible breeding.

Darla, a Xoloitzcuintli and Chihuahua mix.

Gamand's growing concern is how these animals are treated. Because of their 'interesting' looks, they are sometimes mistreated by the general public as well as the breeders! 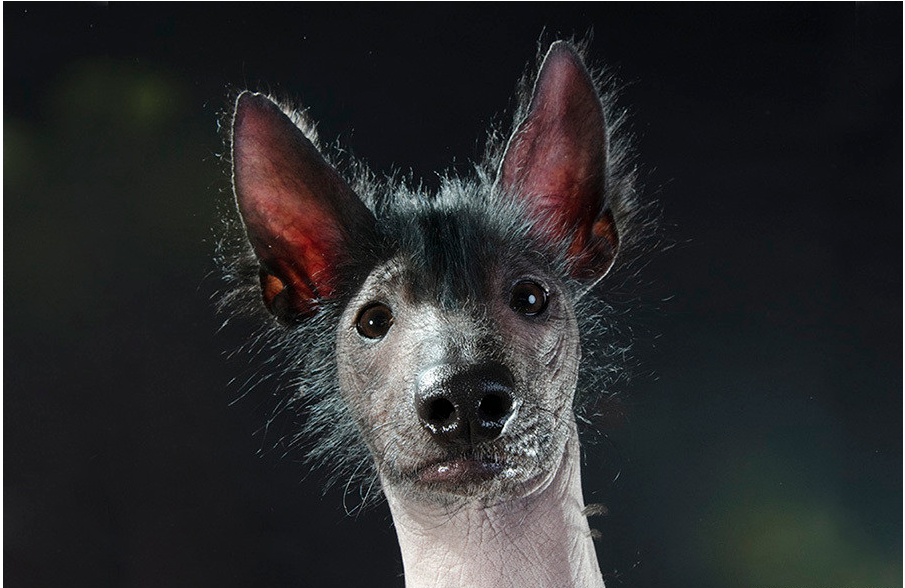 In an attempt to shed light on this concern, she has showcased a few hairless dogs to bring attention to 'responsible breeding.' 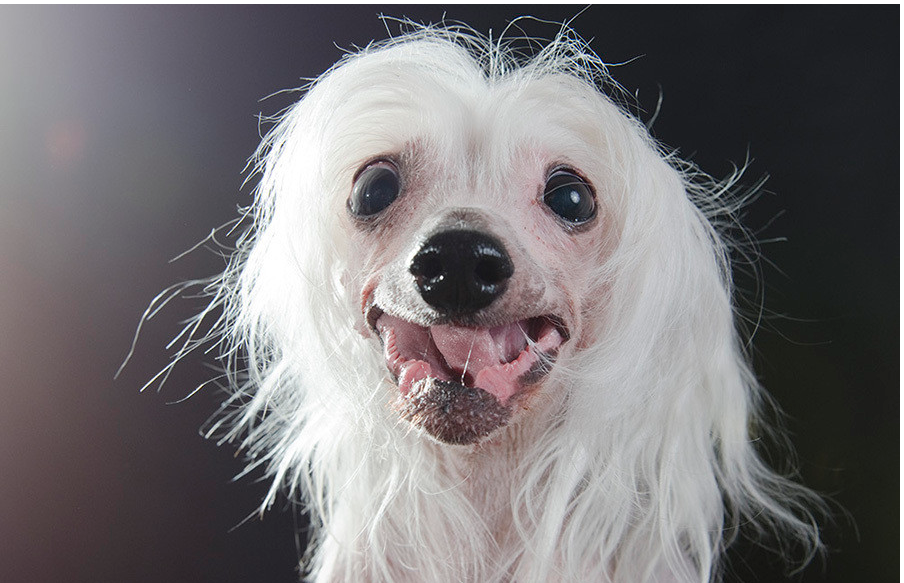 "Ethical breeding is important because ethical breeders pay attention to the health of the breed," she said. "The strange beauty of these dogs is one thing but when you look deeper, you uncover the truth -- that these looks were often crafted by men, or at least maintained through breeding. Ultimately, we have a responsibility towards them and towards nature in general," Gamand said. 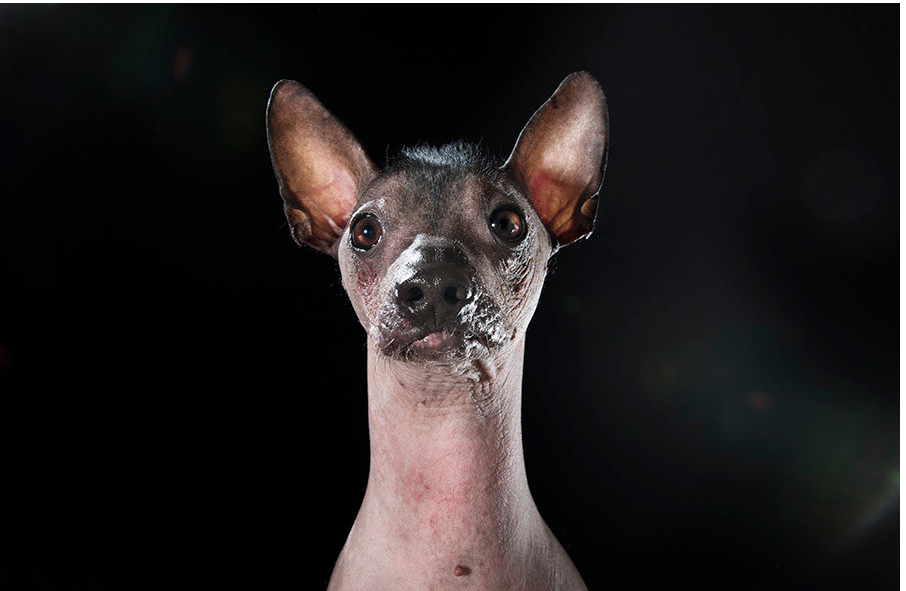 "The exact origins of hairless dogs is unclear, but I felt it spoke volumes about [man's] relationship to nature, and dogs in particular ... We have been manipulating dogs' genetics for hundreds of years. Will there be a price to pay?" Gamand asks. 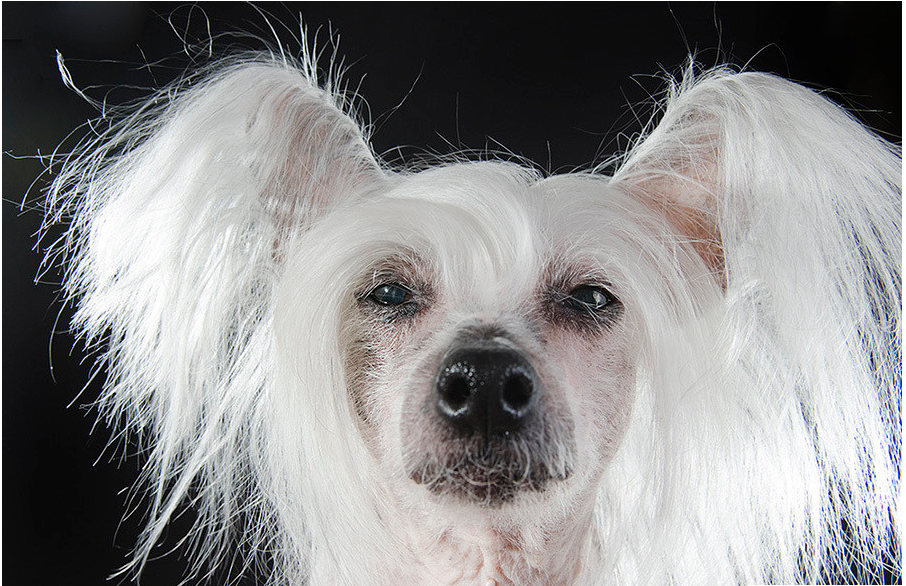 Many owners of these hairless breeds have shown their appreciation to Gamand for photographing their furry friends in hopes of raising awareness to the breed. 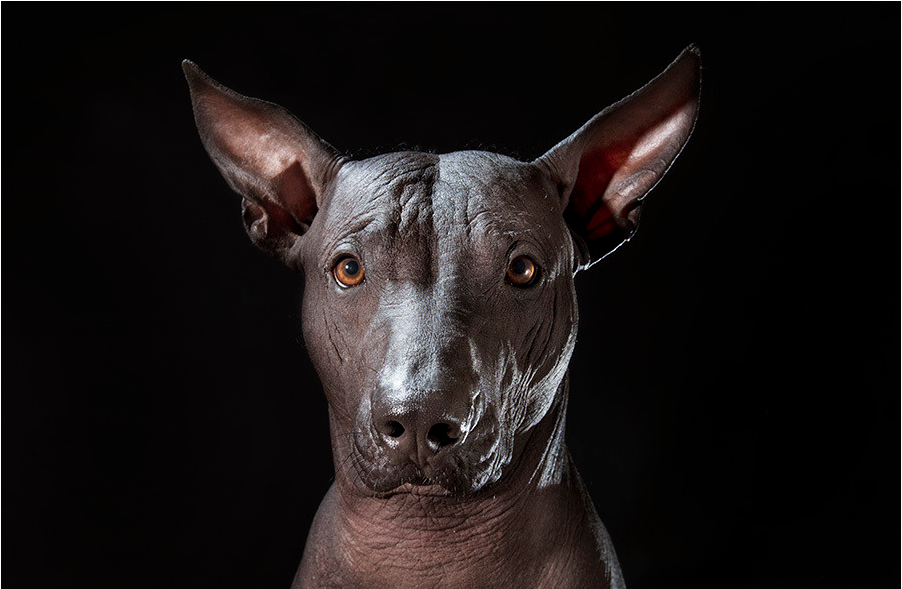 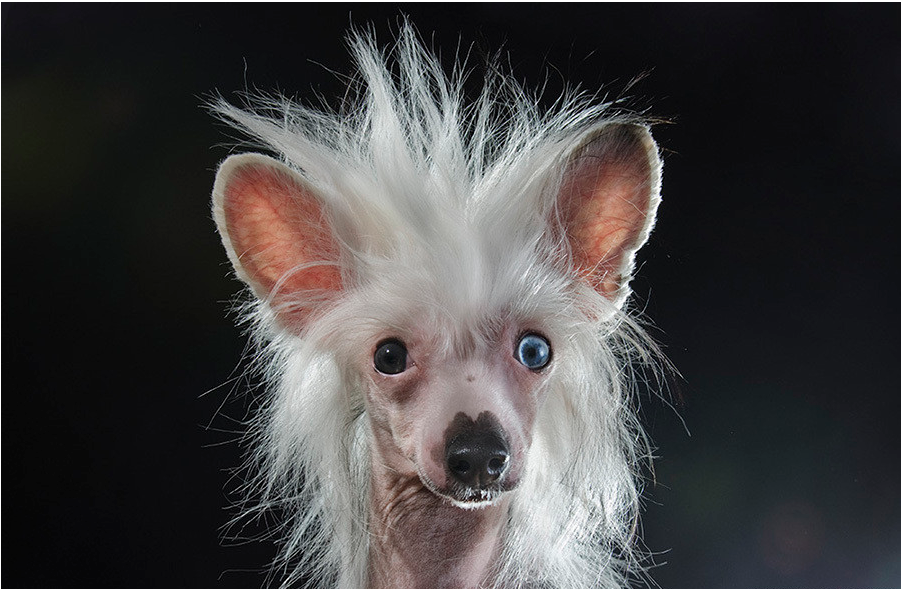 For example, Chinese crested dogs are believed to have been selectively bred to achieve this appearance offering little to no hair as a result of the breeding evolution. 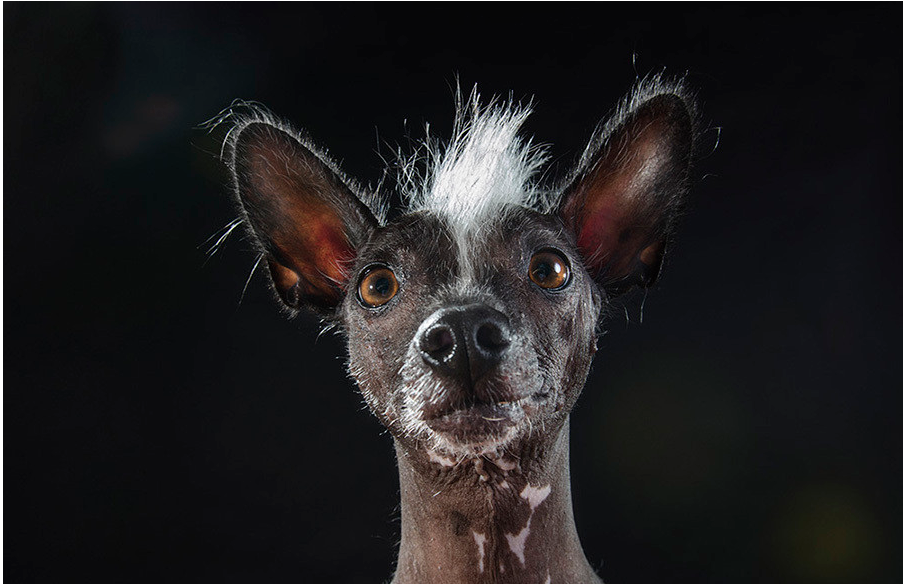 How very sad to think that these beautiful animals may suffer because of health problems associated with irresponsible breeding! 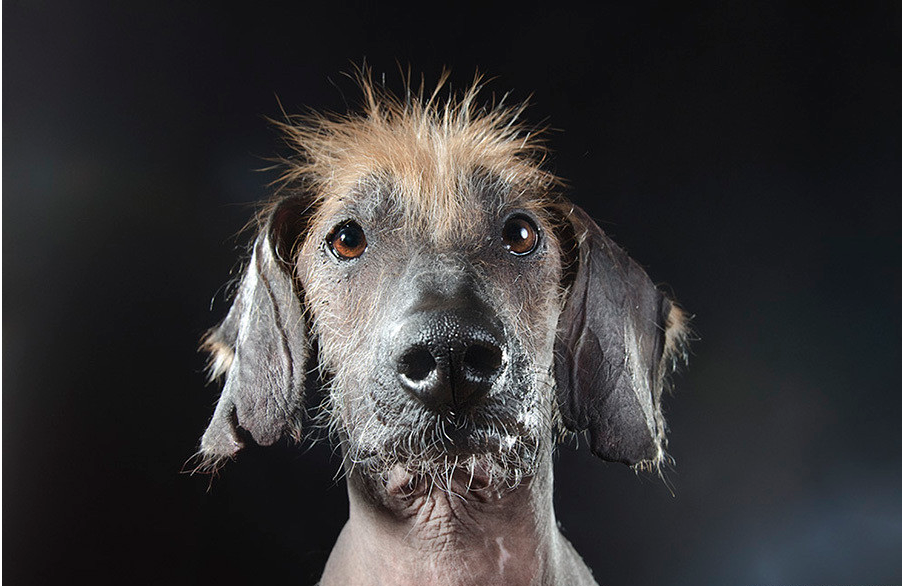 Schuester, a Xoloitzcuintli and hound mix. 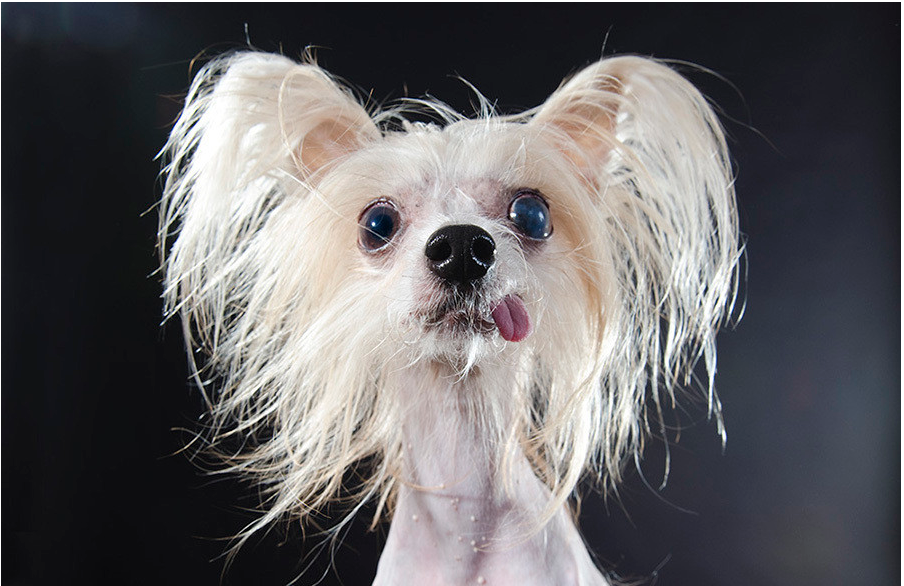 "To me, they are as beautiful as wise, old men," she said. "There is something about them. I felt their faces wanted to communicate something deeper," Gamand reported.

Thank you, Sophie, for your work and your photos. May God bless this creatures that he so delicately created and may he soften the hearts of those breeders that are putting these animals at risk for selfish gain.

These dogs could not be happier in finiding their forever homes! 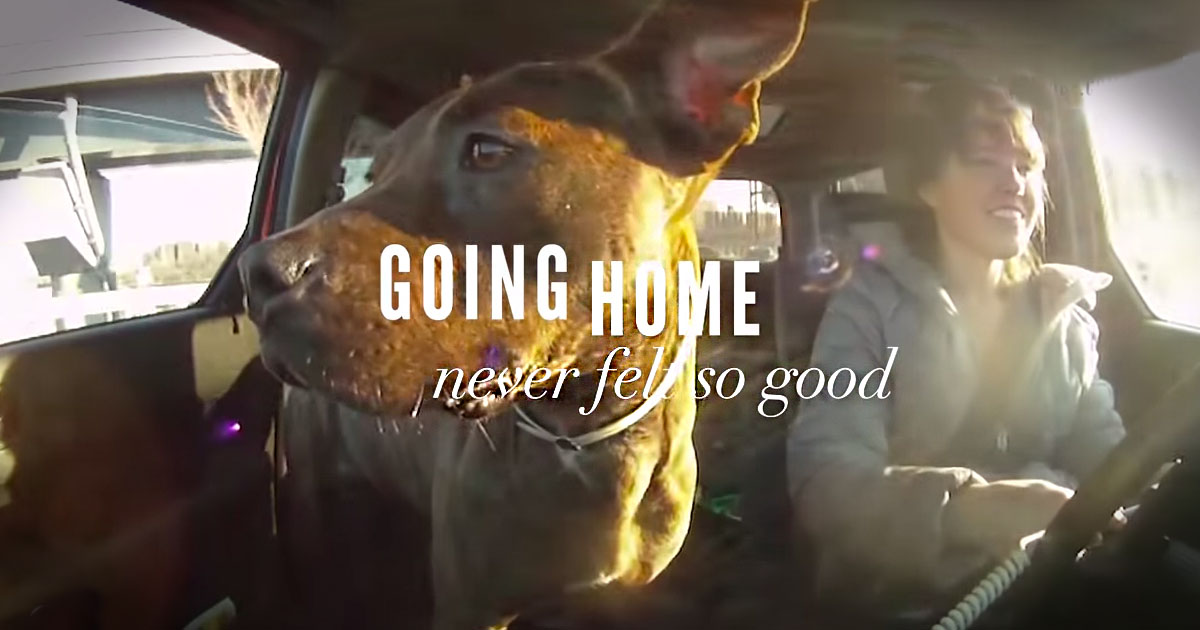 These abandoned dogs find love in an unlikely place!