Officer Buys A Shoplifter Groceries Instead Of Arresting Her

When employees saw the woman attempting to steal a dozen of eggs they called police to the Alabama Dollar General. Officer William Stacy arrived at the scene and approached the desperate grandmother as she headed to her car where her grandchildren waited for her.

The grandmother told Officer Stacy that she was stealing food to feed her children. He believed her. “When she mentioned the kids and said they were hungry, that’s when I knew I wanted to buy the eggs,” Officer Stacy said. “No matter what financial situation kids are in, it’s not their fault they’re hungry.”

So instead of arresting the grandmother in front of her hungry grandchildren, Officer Stacy went and bought the eggs and made a deal with her.

“He said, ‘If I give you these eggs, will you promise that you won’t shoplift anymore?’”

Of course she agreed to the deal, but she wanted something more – a hug. And she got it. When the grandmother received this blessing from the officer she said.

“Thank you Jesus for this man. He is my hero.” 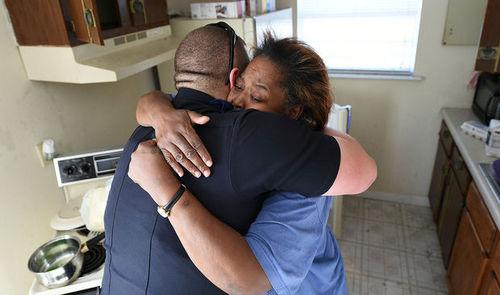 But that act of kindness didn’t end in Dollar General parking lot; it followed the grandmother back to her home.

Officer Stacy and his Lieutenant helped the family sign up for the local Toy Drive to help provide Christmas toys and food for children. And just a few days later the word spread, and donations from around the country were shipped in to help this family in need. 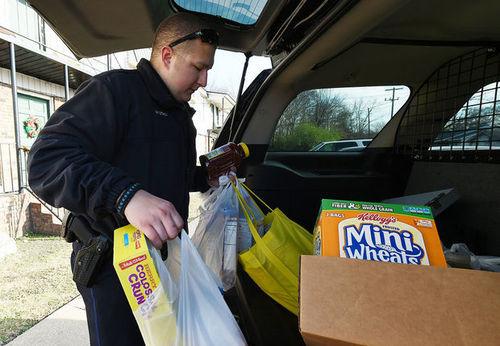 “It took an entire shift to take all the stuff to her house and unload it,” Office Stacy said. “I’ve taken three Tahoe loads of food to her house, and I know a food bank came to bring her food, and they also got a Christmas tree donated.” 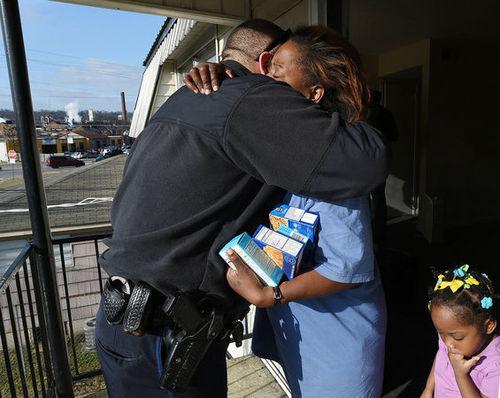 We are so thankful that God used Officer Stacy to have mercy on this family. We are sure that he will be blessed in return for showing such love to those in need.

Check out the video of this story:

Credit: Not Your Homepage, Yahoo